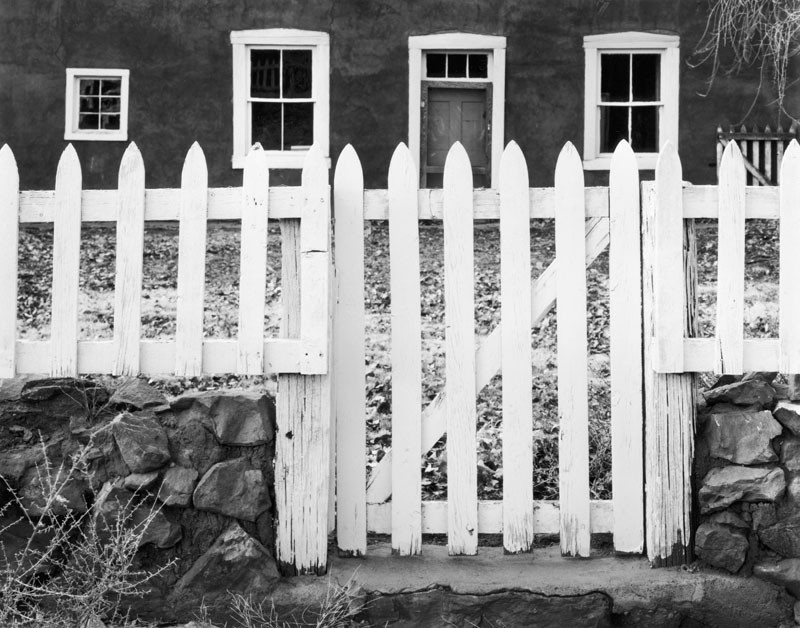 I like to use this image in my teaching to discuss three important photographic issues.

Second, the adobe on the building was quite reddish, so I chose a green filter to darken the adobe relative to the brightness of the fence.

Finally, this scene was only about 10 minutes from my house, and I could easily have told myself, “I have a bunch of things that need tending to… I’ll come back and do it later." Well, I might not have been able to do that. A few months after I made the photograph, the property was sold, the fence torn down and replaced with an above-eye-level wall! If you see something, do it! You might not get a second chance!